In order to further improve safety in the European rail system, the Agency is launching a unique safety perception survey open to all rail professionals working in the European Union and in EFTA states: the European Rail Safety Climate Survey (ERA-SCS). It is an online survey hosted on the EUSurvey platform, accessible in 22 European languages on smartphones, tablets and computers.

The core questionnaire, elaborated with the support of experts from all trades of the railway system and the Institute for an Industrial Safety Culture, is made up with a set of 48 safety statements aligned with the European Railway Safety Culture Model.

The first of its kind to be launched at European scale, and during the European Year of Rail, the deployment of ERA-SCS comprises two successive phases.

All results from both phases will then be aggregated and analysed at the European level, in order to further enhance safety in the European rail system.

Safety climate surveys and the ERA-SCS have been extensively discussed during the free ERA Webinar “Enhancing Rail Safety in 2021”.

"It is the moment to demonstrate your leadership and take part in this collective initiative to enhance rail safety across Europe."

To make companies and authorities fully benefit from ERA-SCS, the Agency elaborated a partnership programme with the support of its Networks (Representative Bodies and National Safety Authorities).

More than 100 organisations across Europe expressed their interest. Most of them became partners of the ERA-SCS and have cooperated with the ERA team to customise the survey profile questions according to their activities, context and structure. Organisation partners have conducted the ERA-SCS during the 1st half of 2021.

All partner surveys are now closed. More than 40000 European contributions were received. 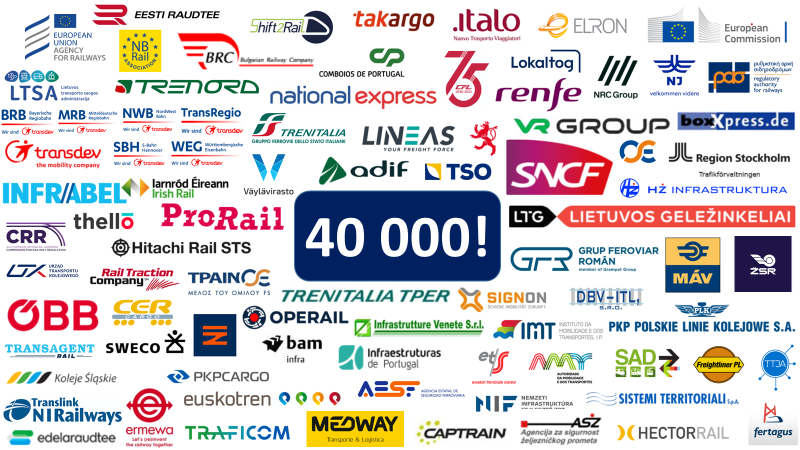 Should you need additional information, consult our FAQ or contact us selecting ‘Railway Safety’ as a topic.

To reach all those professionals contributing to the European rail system and working in those organisations who did not participate as partners and those who wanted to answer solely at the European level, the standard ERA-SCS has been launched on the 16th of June and accessible until the 7th of October.

The ERA-SCS is available in 22 languages on any tablet, smartphone, computer:

Should you like to participate in the dissemination of the survey, share the links and QR codes to your colleagues, available below.

Should you need additional information, consult our FAQ or contact us, selecting ‘Railway Safety’ as a topic.

ERA-SCS Basics and Partner Benefits - IT